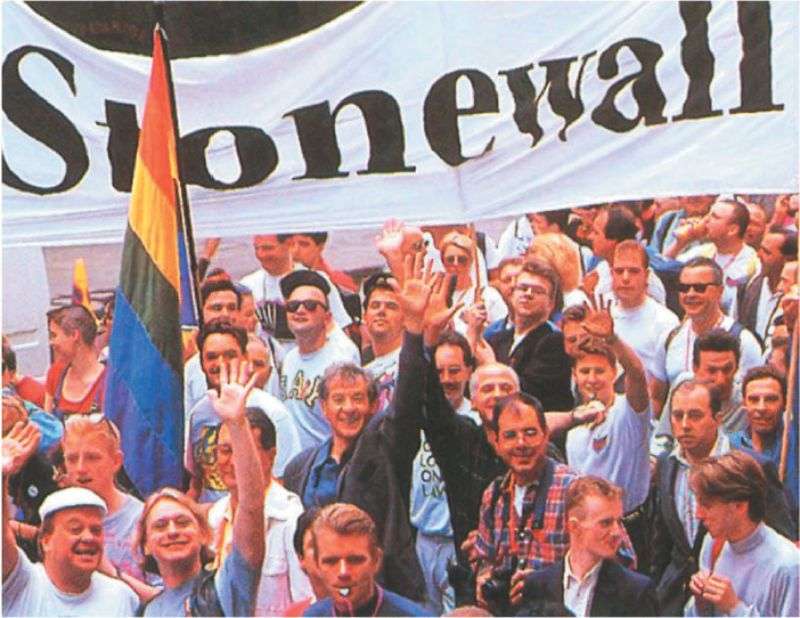 In 1972, just three after the Stonewall riots in New York City, a festive group of between 250 and 300 men and women gathered to show their pride. They marched through downtown, waving signs and chanting gay rights slogans before a crowd that grew to about 3,000.

There were a few floats, but nothing elaborate; most of the participants walked the route or rode in gaily decorated vehicles.

The next day, the local dailies published photos of what today would be seen as a sedate event but was, in the early 70s, a bold and brave statement.

The first parade made news when it happened. But still, the next one didn’t happen until 1980.

At first, the Parade was rather haphazard, spearheaded by ad hoc committees of Oak Lawn merchants and community leaders. In 1982, however, the newly-established Dallas Tavern Guild took over, and the parade began to grow.

In 1983, the Tavern Guild moved the parade from the usual June date to the third Sunday in September and renamed it the Texas Freedom Parade to commemorate Judge Jerry L. Buchmeyer’s ruling that first negated the Texas sodomy law. The judge’s decision was overturned later by the 5th Circuit Court of Appeals, but the parade remained a fall event in Dallas.

Just weeks after the parade in 1983 – on Oct. 2 – actor Rock Hudson died, shortly after coming out as a gay man and as a person with AIDS. His death focused and unprecedented national spotlight on AIDS and spurring the Tavern Guild to begin dedicating the parade each year to those Tavern Guild members who had died of AIDS during the preceding 12 months. In 1988, that number was 12.

In 1991, Dallas Tavern Guild officers dedicated to honor Alan Ross, the tavern guild’s executive director and the man who – since the early days – had shouldered the lion’s share of the responsibilities of organizing the parade. That was the year that the Texas Freedom Parade became the Alan Ross Texas Freedom Parade. Ross, who had been grand marshal alongside Lory Masters in 1988, died in 1995.

In 1994, Dallas Police Chief Ben Click became the city’s first top law enforcement official to speak a the rally following the parade. As more politicians came out as gay – and as more non-gay politicians began to realize the power of the LGBT voting bloc – elected officials and candidates began to make appearances, as well. In 2002, Laura Miller became the first sitting Dallas mayor to participate in the parade.

The 2001 parade was one of the most somber in the event’s history, coming less than two weeks after the terrorist attacks of Sept. 11 that changed our world. There was talk of canceling the parade that year. But organizers decided to go ahead, choosing to leave empty the carriage that usually transported grand marshals, except for a sign reading, “Dedicated to the victims lost in the 9-11 tragedy.”

In 2003, however, an atmosphere of joyous celebration returned. LGBT Texans and their counterparts around the country were riding high to the wake of the U.S. Supreme Court ruling in the case of Lawrence v. Texas that declared the Texas sodomy law unconstitutional, once and for all.

The rapture continued in 2004. This time it was the Massachusetts Supreme Court’s ruling legalizing same-sex marriage that set gay lesbian feet to dancing down the parade route.

In 2019, the Parade and the Festival both moved to Fair Park.

The spirit of Pride and celebration shine through each year as organizers prepare for the annual Alan Ross Texas Freedom Parade.

There were several factors that lead to the decision to move the Parade to Fair Park. The first and leading factor was construction on Cedar Springs. We met with the City of Dallas in Fall of 2018 to discuss the planned construction and beautification. We were told numerous times that construction was intended to start in January of 2019 and possibly be done in fall of 2019, but that there was no guarantee. With the scope of work originally planned, there was no way to have the parade on Cedar Springs, the city would not have issued a permit for us. What ultimately happened, the City of Dallas had to go back and redraw the plans mid 2019 and construction didn’t start until early 2020, on a smaller than planned scale. Changes in the permitting process and requirements for large scale events from the Office of Special Events also lead to the decision.

There are some benefits to Fair Park, much more room to grow, far more parking and accessibility, especially for those with disabilities, and many other benefits. Many of our disabled LGBTQ+ community members wouldn’t come to the parade and enjoy it with everyone for lack of parking, specifically ADA parking. They also found it difficult to navigate the uneven sidewalks on Cedar Springs and massive amounts of people crowding those sidewalks. At Fair Park, they have easy access to the events and utilized our ADA areas, specifically for them. There are over 350k LGBTQ+ in the DFW area, only a fraction of that number frequents the bars. As our community has gained equality, more in the community have started families and don’t feel comfortable bringing their kids or teens to a parade surrounded by the bars, or just don’t feel the need to be a part of the bar culture. The same applies to our allies who enjoy celebrating the weekend with us. One last benefit I will mention out of the many, is the laws regarding alcohol. Those who like to camp out with their coolers of alcohol and wine were not going to be permitted to do so anymore. The city had mentioned they were going to start writing tickets for public drinking after looking the other way for so many years. This meant, no more drinking during the parade unless you happened to be one of the few in the bars. At Fair Park, we are able to utilize food & beverage tents where people can still buy a beer/wine and walk around the parade route and enjoy themselves.

Pride weekend is for everyone in the LGBTQ+ community, those who frequent the bars on the weekend, and those who do not, for various reasons, those in the community who choose to start families, LGBTQ+ teens who aren’t even involved in the bar culture, our allies and everyone in between. Fair Park gives everyone a place to come and enjoy themselves for the day. 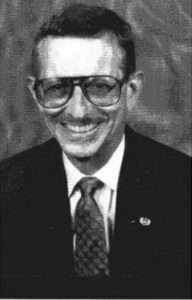 Alan Ross and His Legacy

When the Alan Ross Texas Freedom Parades gets under way, the minds of many of the past and current coordinators will be ont the event’s namesake.

Lory Masters, who in the early days was the parade’s chief of security with her “Dykes on Bykes” motorcycle group, said she often recalls funny stories about Ross, who dies in 1995 at the age of 57.

“There are so many funny stories about Alan Ross,” Masters said. “He was a slight man, but he had a heart of gold.”

As the longtime executive director of the Dallas Tavern Guild, Ross was in charge of putting on the Pride parade every year.

“From the first of the parade all the way to the end, he must have jumped out of the convertible 10 times to take care of something or put somebody back behind the fence,” Masters said.

Ross left an incredible mark on the parade, Masters added.

“It’s his parade, and it will always be his parade,” Masters said. “He was incredible. He had such a sweet personality, and most people didn’t argue with him. They knew better.”

Masters said Ross was known – and in some circles dreaded – for his tenaciousness.

“He would drive you crazy if the wanted you to do something, which I loved about him,” Masters said. “And if you ‘swouldn’t do it, he would find somebody else. He knew everything about everybody.”

Former Gay City Council member Ed Oakley, who all rode in the parade along with lesbian Sherriff Lupe Valdez and a long list of other elected officials, said he credits Ross with getting him involved in municipal politics.

“He was one of my biggest cheerleaders and fans when I first ran in 1993,” Oakley said. “All of a sudden we were bosom buddies and he became my closest mentor.”

Both Masters and Oakley recall Ross as a founding member of Dallas’ GLBT community – whose dedication to it never wavered.

Ross moved from his native Bartlesville, OK in the 1960’s. As he accepted his sexual orientation, he and his wife divorced. As was typical of Ross, they remained good friends until his death.

Ross retired early from a national retailer and from that point on spent his time volunteering for various organizations. He was a member of the board of directors of some ot the leading gay and lesbian nonprofit groups during the 1980’s and 1990’s, including the Resource Center of Dallas.

In addition to managing the parade every year, he conceived the annual Holiday Gift Project, which continues today. The program enables the Tavern Guild to provide a basket of food and other items to those with terminal illnesses who are in hospitals and other care facilities.

One of his last achievements was the establishment of the Living Tribute in a quiet, shaded area of Robert E. Lee Park where an evergreen tree looks over a plaque bearing testament to people who have died of AIDS, those living with the disease and the people who care for them.