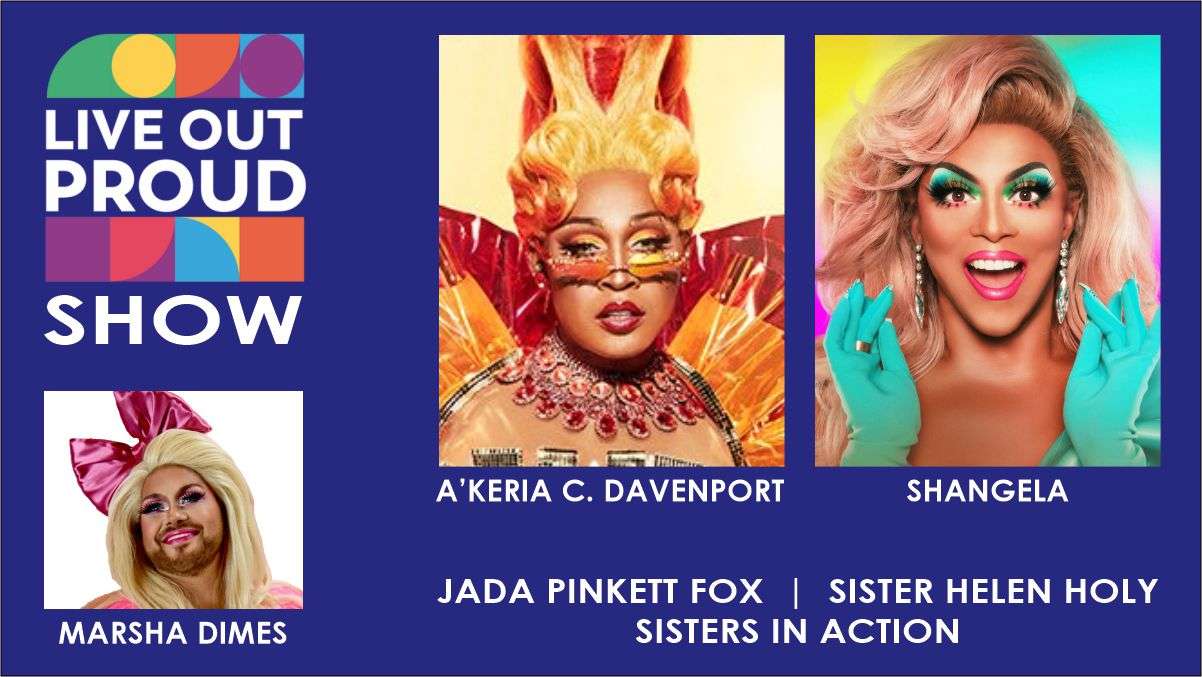 Marsha Dimes was named 2019 Dallas Pride Grand Marshal and is founder Marsha & Friends Drag Brunch, a drag brunch benefiting North Texas organizations. Together with her Sisters-in-Action (her squad of charity drag performers), they have raised more than $125,000 for charity since November 2017.  Starting in March 2020, her series of virtual events have raised $29,135 to support various pandemic-focused relief efforts.

Marsha has received many honors since starting her debut performance in 2008.  A long-time member of the Turtle Creek Chorale, Marsha was named "Member of the Year" in 2018 and 2019, and co-hosts the annual Turtle Creek Chorale Retreat “Talent” Show with the sister she never wanted DeManda Refund.  Marsha was also named Best New Individual in 2019 by Prism Health North Texas. She was most recently featured in the Dallas Morning News upon the triumphant return to in-person drag brunch fundraisers.

Marsha has received many honors since starting her debut performance in 2008, including awards from the Turtle Creek Chorale and Prism Health North Texas. In 2019, Marsha was selected as Grand Marshal for the 2019 Dallas Pride Parade and in 2021 hosted the two-night Dallas Pride Miller Lite Festival.

In January 2023, Marsha and the Sisters-in-Action will embark on Marsha & Friends Fabulous Cruise, a 7-day adventure on the Norwegian Breakaway that includes an open bar, among amazing entertainment.  Details about the cruise is available at marshadimes.com/cruise. 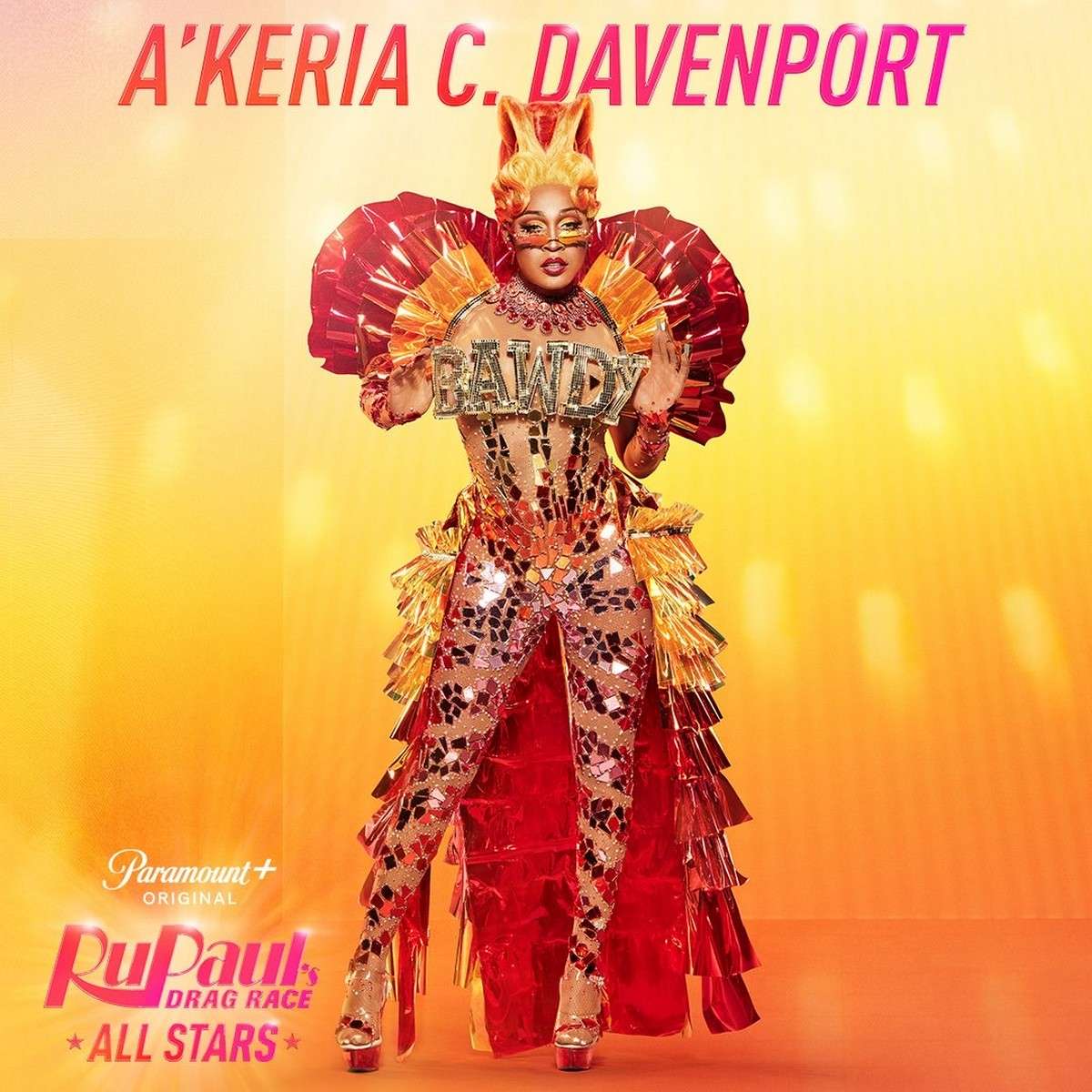 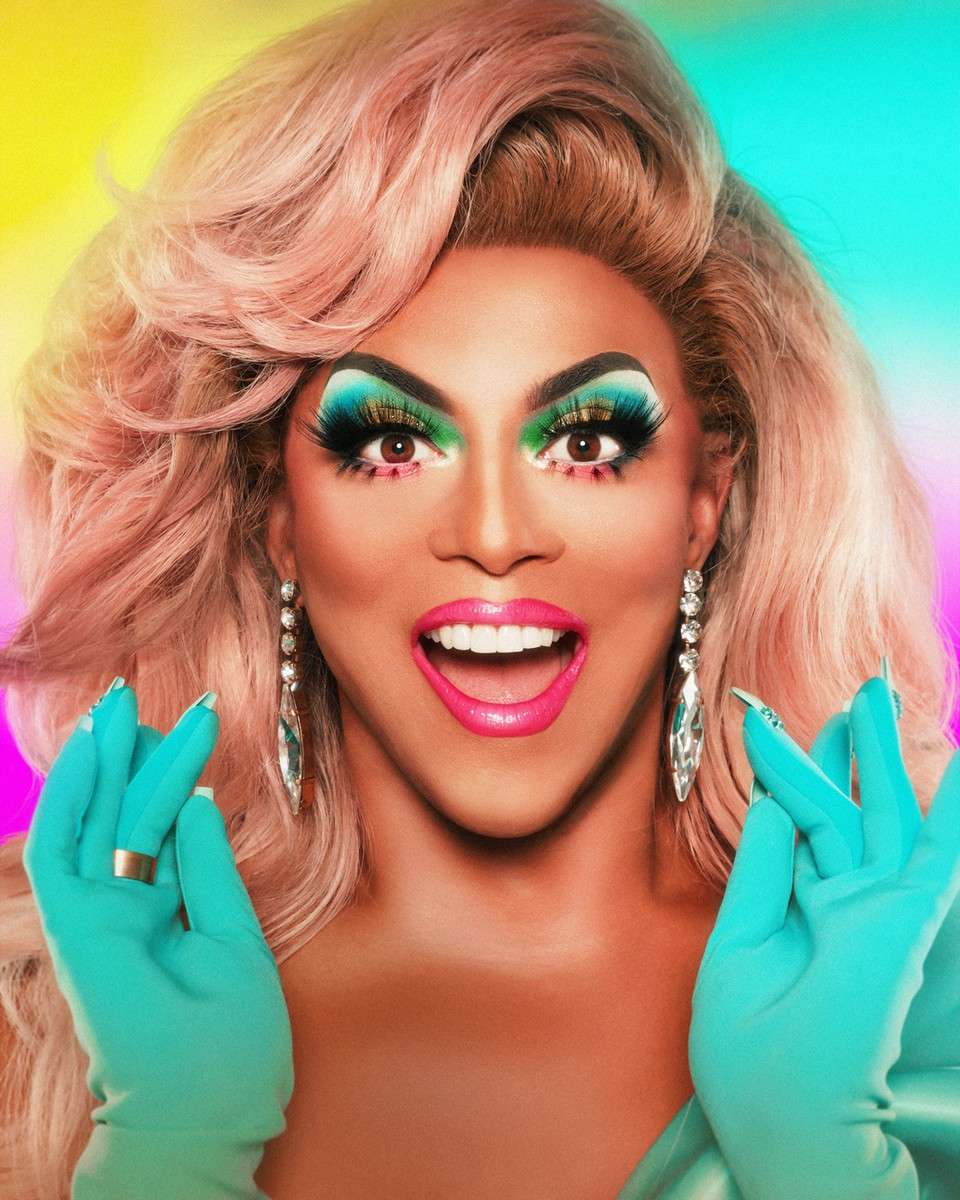 Actor and Performer, D.J. “Shangela” Pierce, is best recognized as the only contestant to compete on three separate seasons of the Emmy-award winning reality series “RuPaul's Drag Race” (Seasons 2, 3 and “All Stars” 3). Shangela recently completed a 184 plus city international tour, performing her comedy and cabaret act to sold out audiences. In March 2019, Shangela brought down the house at the GLAAD Awards in LA performing a Beyoncé medley, and in May, hosted the GLAAD NY Awards show. Shangela launched her eponymous podcast, featuring interviews with diverse guests such as Andy Cohen, Lena Waite and more. In 2019, Time Magazine honored Shangela by including her on their prestigious TIME 100 Next List, which highlights 100 individuals who are shaping the future of their field and defining the next generation of leadership. Shangela was the first and only drag queen performer to be included. In June 2020, Shangela launched Feed The Queens initiative in response to hunger needs brought on by Covid-19 and the subsequent shut down of nightlife. Partnering with The Actors Fund, they raised $100,000 and granted gift cards to out of work performers.

Pierce continues to climb in notoriety. He has been named one of OUT Magazine's "100 Most Compelling People" and in 2015 was featured on Forbes.com for his drag management company Say What Entertainment. Shangela became the first queen to walk the 2019 Oscars red carpet in drag. In June 2019, New York Magazine named Shangela one of “The Most Powerful Drag Queens in America” and in November 2019 Out Magazine also included her on their Out100 list as one of their “Drag Queens of the Year.” In 2018, Shangela was honored with the Rising Star Award by the LGBT Music Festival for his global contributions in performance and music.

As an actor, Shangela most recently starred in the scene-stealing role as Lady Gaga’s drag mother in the Academy Award winning film “A Star Is Born.” She voiced the role of Donizete/Scarlet in the Netflix animated drag queen series “Super Drags,” and guest starred on Comedy Central’s acclaimed series “Broad City.” Shangela has also guest starred on several notable network television series, including "2 Broke Girls," "Glee," "Bones," “The Mentalist,” “X-Files,” and more. She has appeared in several films including "Hurricane Bianca,” “Kiss Me, Kill Me,” and “Hurricane Bianca 2”. In 2012, she co-starred with Jenifer Lewis in a four-part scripted YouTube series called “Jenifer Lewis and Shangela.”

Pierce has written and released music, including singles “Werqin Girl” and “Pay Me” and performed alongside Miley Cyrus at the 2015 MTV Video Music Awards.  Pierce has co-produced the successful “Werq The World” tour as creative director and is currently touring his self-written stand-up comedy show “Shangela is Shook,” which was filmed and premiered at the Honolulu Film Festival. Shangela can also be heard on Ariana Grande’s recent single “NASA” with a spoken intro. As Shangela, she has performed on six of the seven continents, and has sights set on Antarctica next!

A native of Paris, Texas, Pierce graduated with honors from Southern Methodist University and currently resides in Los Angeles. 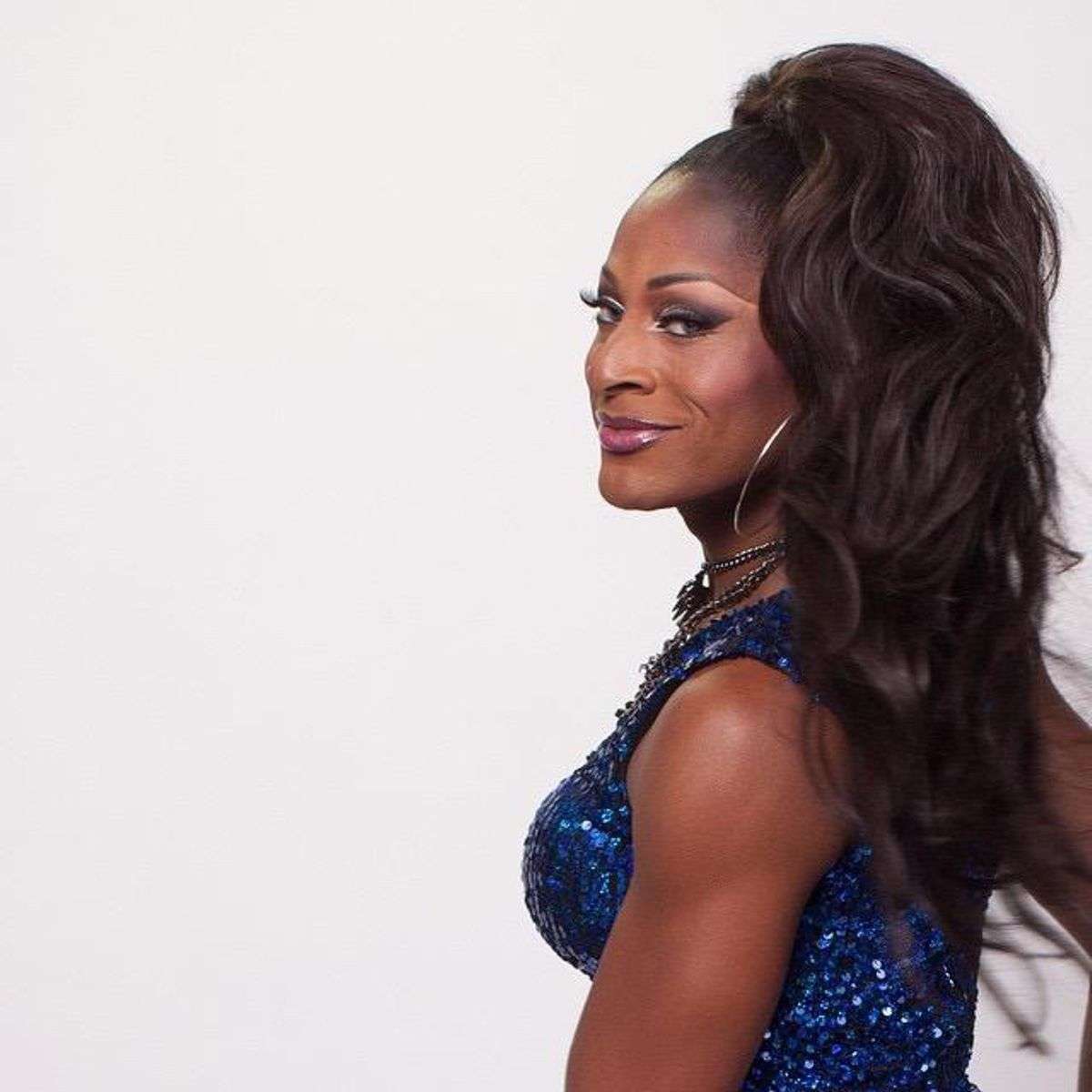 Jada Pinkett Fox has dazzled stages across the Metroplex be it club or Theatre. Jada is a former Miss Rising Star, Miss Fort Worth FFI, and Miss Red. Nada is also the Host of The Jada Pinkett Fox Show every Thursday night at Dallas Woody’s. “Thank you all for including me in this Pride Event!!! It’s been a hard year for most entertainers so from the bottom of my heart, THANK YOU!!! 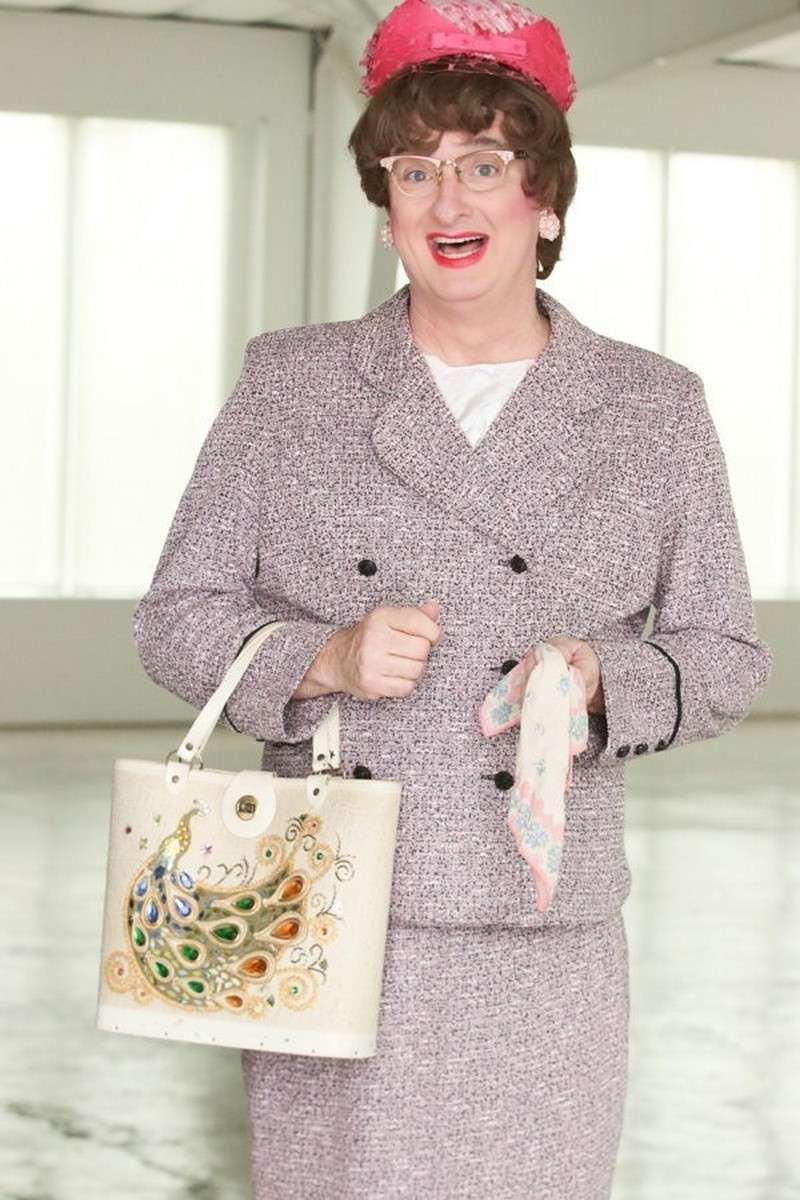 In 1990, Paul J. Williams began working on a character which eventually became Sister Helen Holy.  Taking on the sensibility of Paul J’s Southern Baptist upbringing, Sister Helen also benefits from Paul J’s uncanny improvisational skills.  Frequently misconstrued as a Catholic nun, due to the “Sister” title, Helen is quick to point out that, as a member of the First Southern Fried Self-Satisfied Baptist Church, her “Babatist” faith is the only true religion anyway. For private parties, Sister Helen is often called upon to “roast” a guest of honor. Paul J. will gather information on the honoree, commit it to memory, then appear at the event to lovingly point out the honorees “sins and shortcomings” using actual facts from the person’s life. Over the years, Paul J. has performed as Sister Helen at numerous events and parties, including such luminaries as Ross Perot (roasting his sister Bette), a Supreme Court Justice, the Susan G. Komen for the Cure Foundation (using Helen’s humor as a tool to express the importance of early detection), various civic and private fundraisers (as a comedic emcee) and as a regular presence on RSVP Vacations. Now, Paul J. has created an entire stage show for Helen entitled “The 701 Club” (because she’s just a LITTLE bit better than you-know-who).  A mix of music, news, scripture interpretation, special guests and audience interaction, the show is a hit with audiences.  In addition, Helen is also a weekly contributor to He Said Magazine with her column of the same name “The 701 Club”, which is her “Christian” take on current events.

In 2017, the Sisters-in-Action -- a motley and magnificent gaggle of gays who met while singing in the Turtle Creek Chorale -- banded together to create a super-troupe of amateur drag queens to raise money for various charities in North Texas. The sisters burst onto the gayborhood scene with Marsha & Friends Drag Brunch and continue to shimmer in notorious and, at times, exclusive events, raising more than $125,000 to help the LGBTQ+ community.  The Sisters-in-Action include Betty Sisonnet, Aunt Marge, Shantaé Morgan, Stormy Weather, Ginni Beefeater, Marsha Dimes, Nippy Peakes, DeManda Refund, Ivanna Sisonnet, Erika Odessa Dior, and Bea Dazzle.