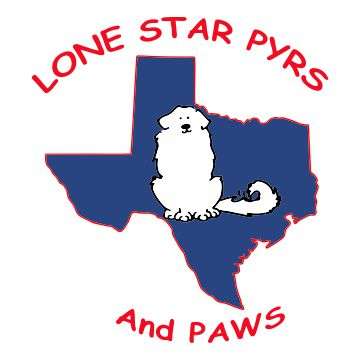 Contact this Animal Adoption Agency for information on Adoptions and Fosters.

** PLEASE NOTE: Pets listed below were available for Adoption at time of listing. Some animals may have been adopted. 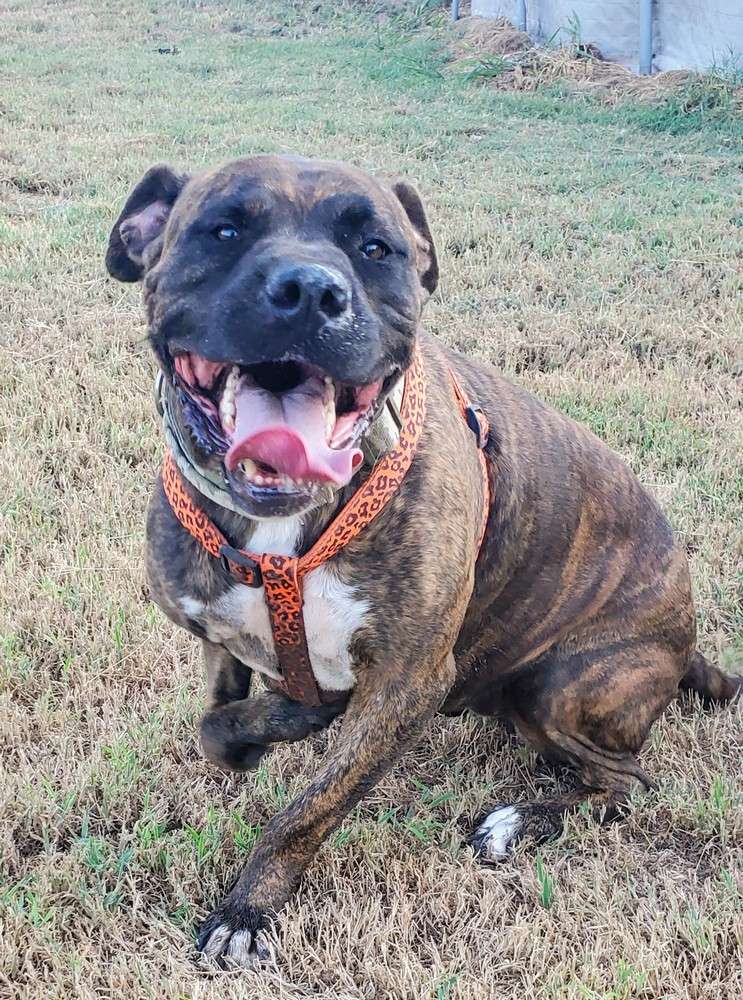 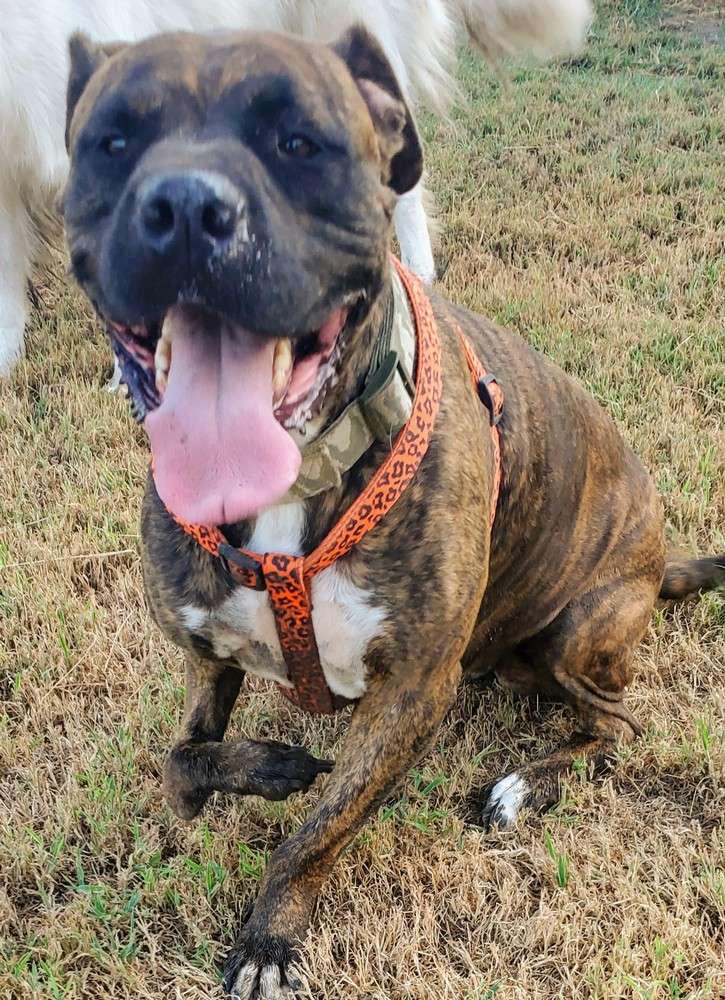 Dixie is a Dogue de Bordeaux/American Bulldog Mix.
Dixie was born with a front deformed leg, but this doesnt slow her down very much. Dixie loves her people, she wants to be the only dog, as she doesnt like to share her people with other dogs.
She has been adopted and returned 2 times, once because the family said that she got too big and the last time is because the older senior dog in the home, was encroaching on her space with her adopted dad.

Dixie does fine with children and adults, and loves to have her ears scratched. She is content to sit out on the back deck during the day to enjoy the sun and will happily lay on her own dog bed at nite. She would love to find that family that would let her sleep on the bed, but she wont push her luck. She can go for walks, go to patios to go out to eat, and be an active member of the family, she just has to rest occasionally.
She also loves toys and has been known to take her toy to bed at night.

Dixie was originally saved from a East Texas Shelter on the day she was to be euthanized, because the family didnt want a dog with a handicap. She loves with all of her heart and so deserves a forever loving home that she can give her heart to, preferably one with out other dogs or cats. 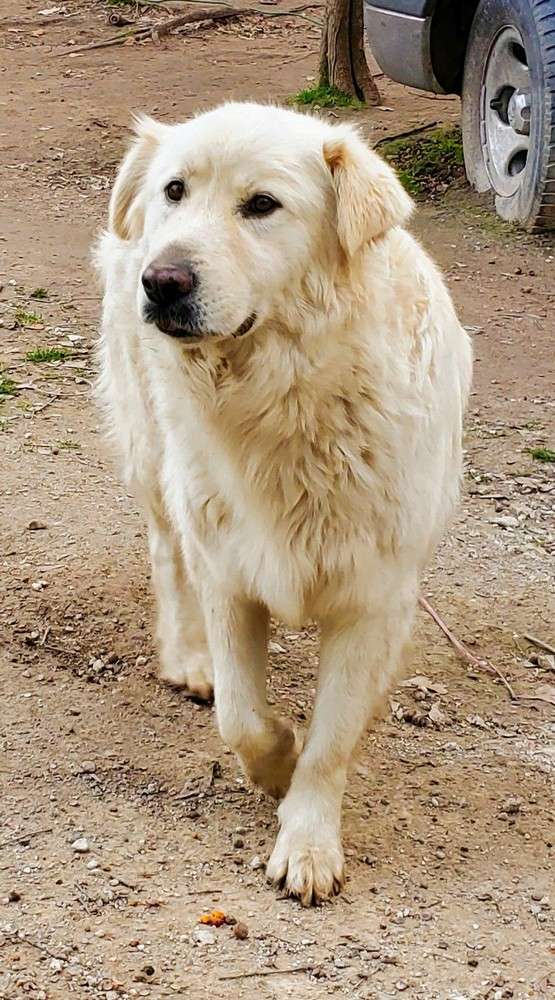 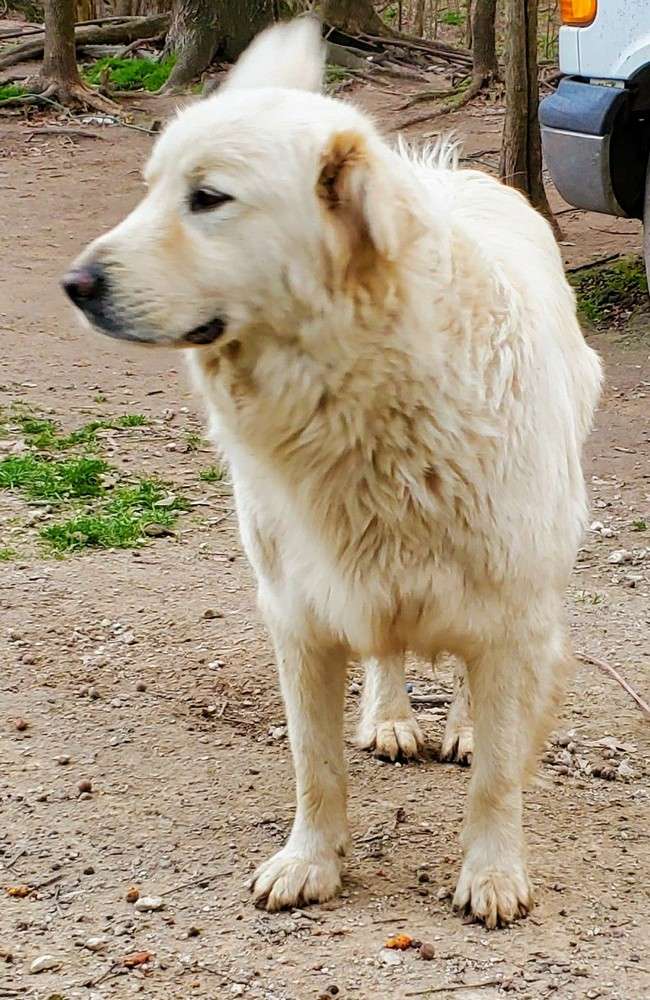 Roux is mostly Great Pyrenees with a mix of? Maybe Golden, as he has a gold in his coat. Roux was saved from Dallas Animal Services from the last chance list. He had heartworms and had spent several weeks at the shelter being over looked. We treated him for his heartworms and worked to get him back to a healthy weight and now he is looking for his forever home. Roux loves people, he is a very affectionate dog. He will actually jump up and give hugs.

His priority in life is to find the family, that will be willing to be loved on unconditionally. He gets along well with other dogs, would be a great dog to enjoy out door activities with, and would be a great walking buddy.

Not sure about cats, he really has limited access to cats.

This pup would be such a wonderful additional for any family.