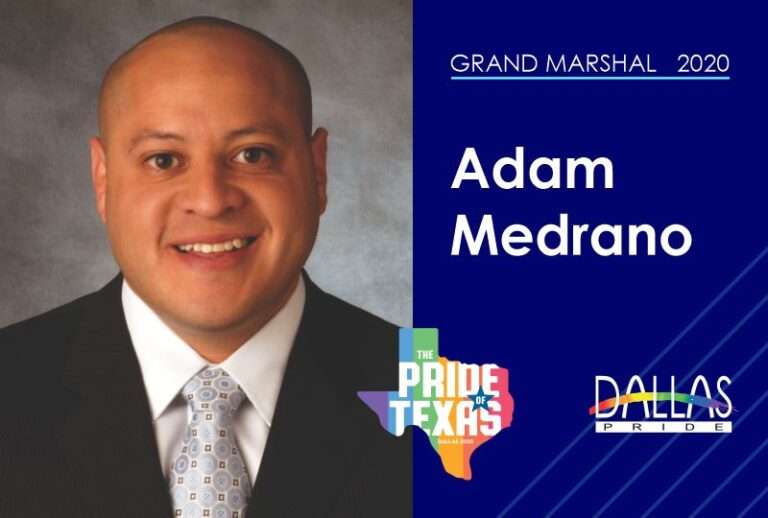 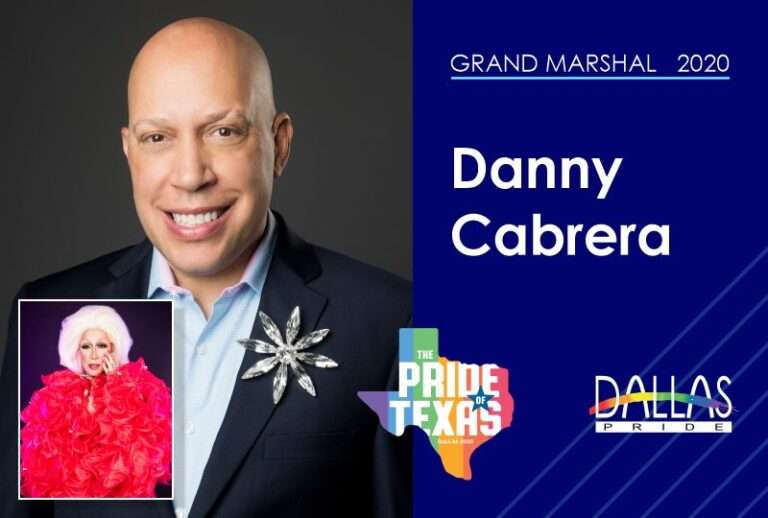 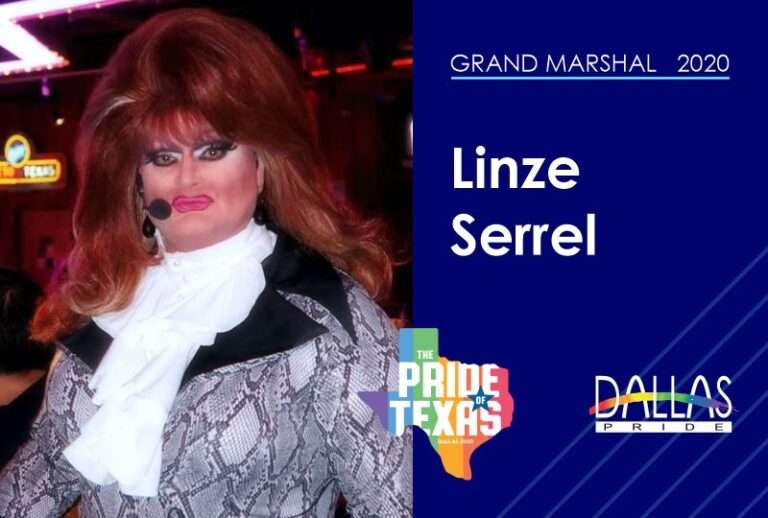 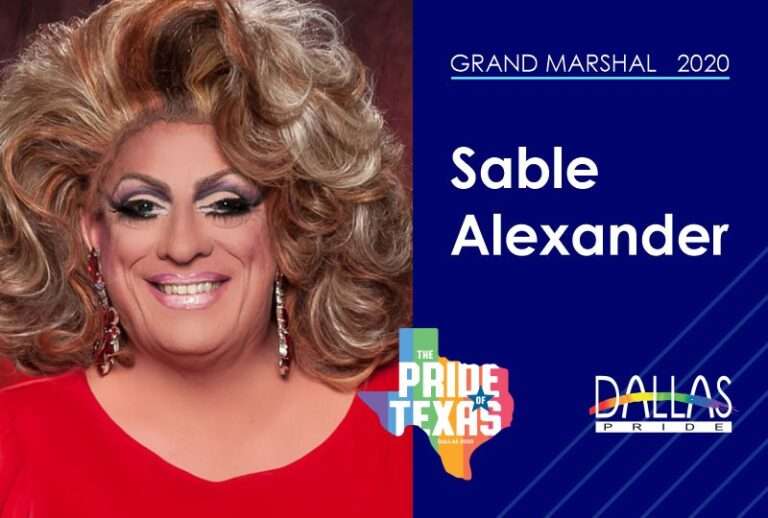 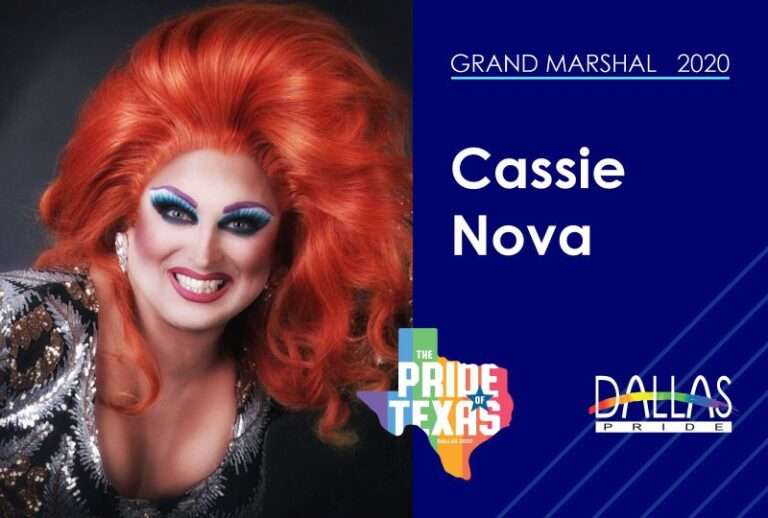 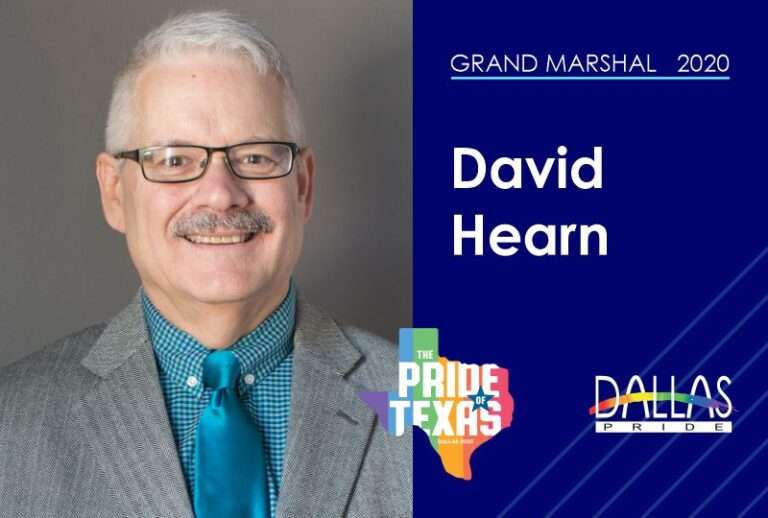 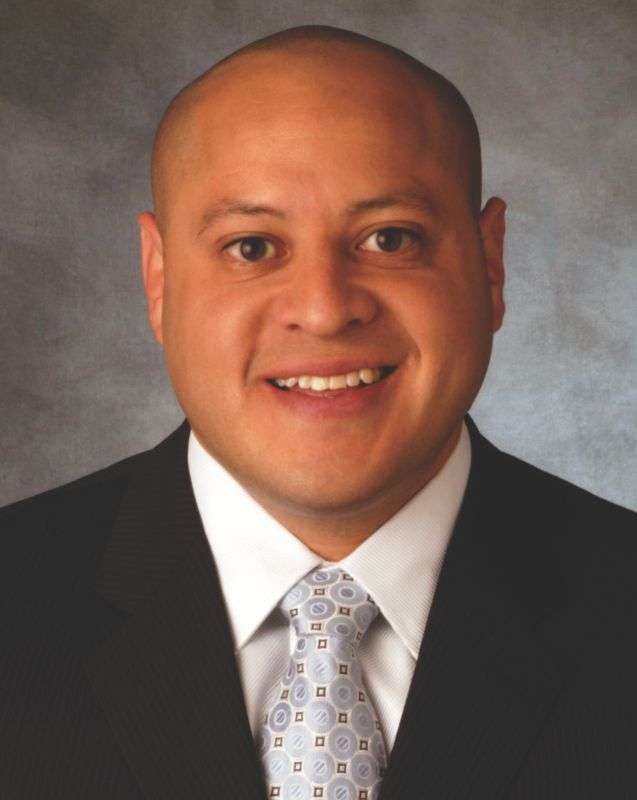 Representing District 2, Adam Medrano was elected to the Dallas City Council in June of 2013. For more than ten years, Medrano has dedicated his personal and professional time to help the community, especially its youth.

Severing his 4th and final term on the City Council, Council Member Medrano was appointed by his collogues as Mayor Pro Tem having previously served as Deputy Mayor Pro Tem in his 3rd term.

Mayor Pro Tem Medrano has served as the Chair of the City of Dallas’ LGBT Taskforce for the past seven years. Under his leadership the taskforce was able to

Mr. Medrano has a proven record of achievement and accomplishment on the Dallas ISD Board of Trustees. First elected in 2006, the youngest person ever elected to the Dallas ISD School Board, he brought a fresh perspective to the Dallas School Board. His leadership for reform earned him the respect of his colleagues. In 2007, Mr. Medrano was elected to serve as the Board’s First Vice-President in a unanimous vote. He was elected three separate times to serve as President of the School Board. During his tenure as a school board trustee, all of the school in District 8, which he represented, improved to a passing rate.
His position as a Supervisor IV with the City of Dallas Park and Recreation Department allowed Mr. Medrano to play a significant role in the organization and planning of educational and sports activity programs for the city’s youth.

Mayor Pro Tem Medrano volunteers his time to public service projects and has helped the community through the many organizations in which he serves. He has been a member of the Board of Friends at Ignacio Zaragoza Elementary School and a member of the City of Dallas I. Zaragoza Recreation Center Advisory Council. Mr. Medrano also has served as a volunteer in the Salvation Army Holiday Meal program, area cleanups in East Dallas, City Wide Graffiti Wipe Out, Dallas Summit Youth Volleyball tournaments, and American Red Cross activities. He has been a coach for the Eagles Youth Soccer and the Dallas Medrano Youth Basketball teams. 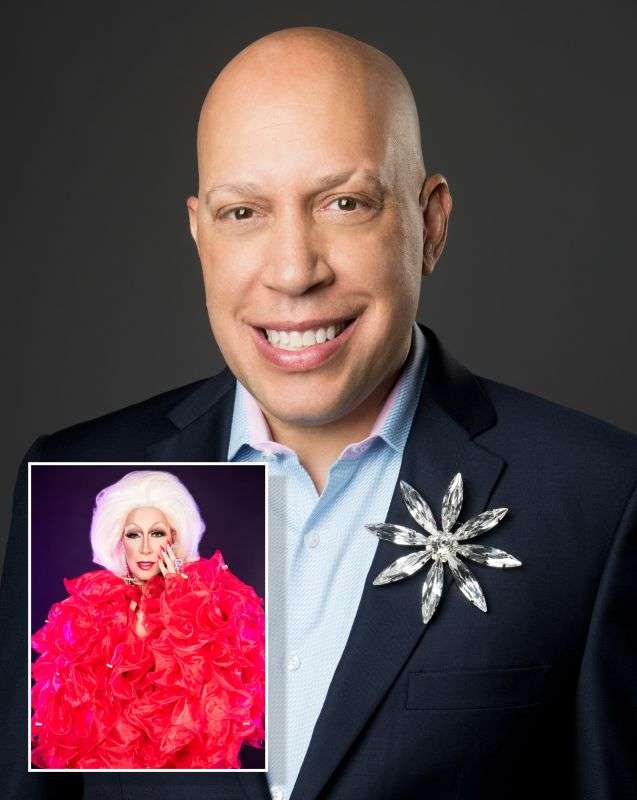 One of my passions in life is helping others and I do so by volunteering with the Wings Foundation. We are a 501c3 organization that assists American Airlines Flight Attendants in need. I have held a few board of directors positions over the past 6 years within our organization Including Co-Chair for Lip Sync Dallas, National Recycling Advisory Director, currently I am the DFW Term Director. In 2014 I was one of the volunteers that started Lip Sync Extravaganza which is a drag show that raises money for the Wings Foundation. This fundraiser is every September at South Side Music Hall in Dallas. Recently I was the project manager for a national fundraiser offering Retired Beverage Carts for a donation. This fundraiser has brought in over $170,000 so far.

I am also a proud member of the Recovery community in Dallas. One of my biggest accomplishments in life is admitting I had a problem with drugs and alcohol. I have been clean and sober for 9 ½ years now. In 2017 I was the chair of a recovery conference in Dallas called the Big D Roundup. I am currently the reigning Miss Sober World 2015. I have always been a huge advocate for the community and helping people find a better way of life. I also speak at recovery conferences around the U.S. I have participated in many drag show fundraisers to help raise money for the recovery community around the state of Texas.

I am the Resort Director for VACAYA an LGBTQ+ travel company that charters cruises and resort destination vacations around the world. I am the lead Flight Crew Drag Queen Member for FABSTAYZ a vacation rental company specializing in rentals that are safe and friendly for the LGBTQ+ community. I am currently working with Reservoir and Toyota Music Factory to bring the Biggest Drag Brunch every to the Dallas/Fort Worth metroplex. Stay Tuned for “The Fly Queens” which is an online reality mini series starring Liquor Mini and 4 other drag queens that are also flight attendants by day. 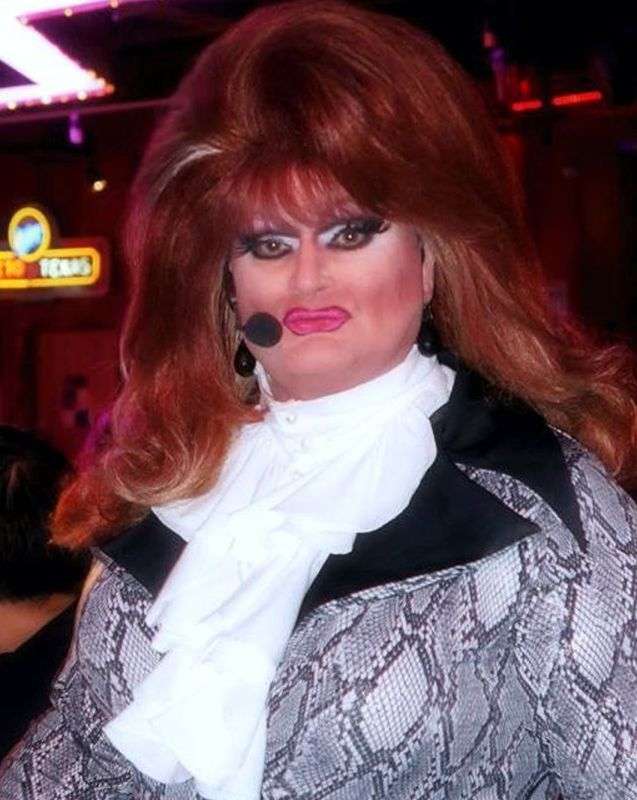 Bill Lindsey is a hairstylist by trade but a true advocate for the LGBTQ community as there has been over thirty five years of fundraising to assist with any cause that is needed. Linze and her partner Sable Alexander have for 33 years raised much needed funds for the gay community for so many organizations. Linze is a live singer and was a former Voice of Pride semifinalist. Linze have won many titles in the community but the most important is the title of Director of Fundraising and Sponsorships for the Miss Gay Texas State Pageant System of which Linze is a co Owner. Linze is a two time winner of Miss Charity America and The Official Miss Gay Texas at Large winner in 2005. Linze has such a passion to raise money for our community that he has brought well known entertainers to our city to help raise these most needed funds. He has Co Owned The Miss Gay Texas State Pageant System since 2008 and has been instrumental in raising over $91,000.00 for community organizations like GDMAF, Educare, North Texas Pride and many more to name a few. Linze has a motto "Raising one dollar at a time for any cause"! 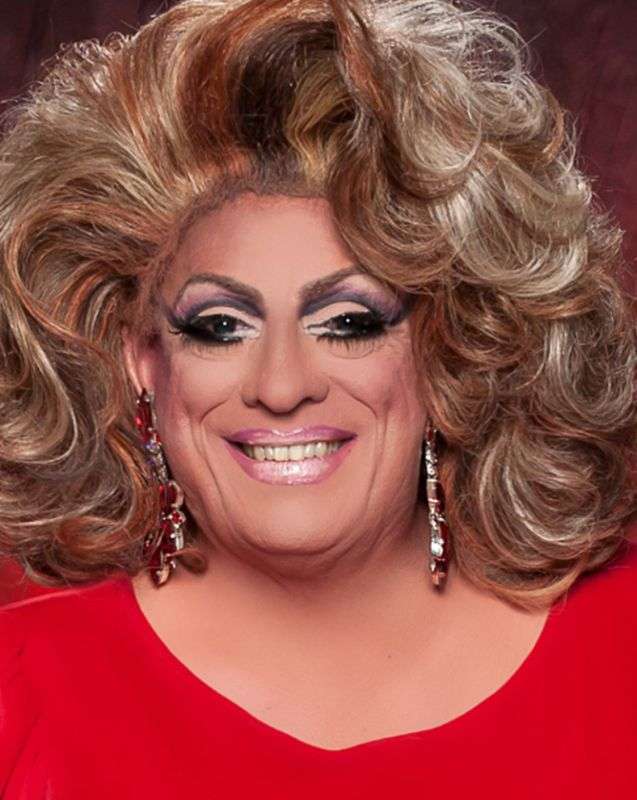 Michael Champion a Registered Nurse, is nationally certified as a Director of Nursing in Administration by trade and has partnered with Linze Serell over the last 33 years to help many organizations and set precedence for fundraising for our community. Sable is also the Co-Owner of the Miss Gay Texas State Pageant System since 2008 and most recently for the last 5 years has been the Chairman. Sable is the Emeritus of Miss Charity America and was the winner of The Official Miss Gay Texas State at Large Pageant in 2006. Sable has worked very closely with community bars to put on the fundraising shows to raise much needed funds for GDMAF, EduCare, North Texas Pride, Miniature Schnauzer Rescue of North Texas and many more. Sable has worked tirelessly to educate community about HIV, dealing with Aging in Long Term Care and being of the LGBTQ community. Sable was the recipient of The National Director of Nursing in Administration award in 2009 and again in 2017. Sable is a dedicated Healthcare worker and an advocate for our great community. 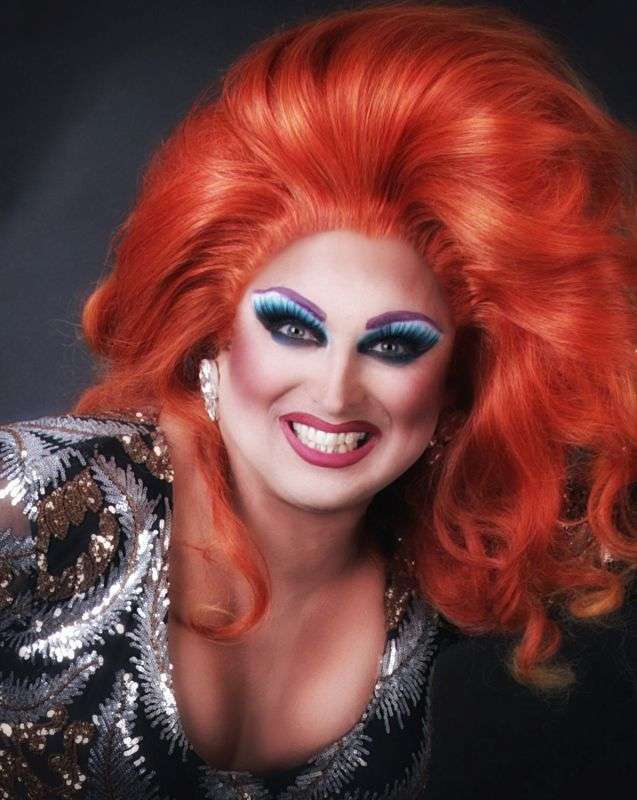 James Love grew up in and around Dallas. He first did drag for a Presidents Day show for the Dallas Gay and Lesbian Alliance. He was president of their youth group GLYA in the early 90's.

James has worked in the Rose Room, the largest show bar in the South since 1993, and became show director about 5 years ago. He has a husband of 17 years and they live in Midlothian, Texas with their 5 dogs and giant tortoise Ruby. 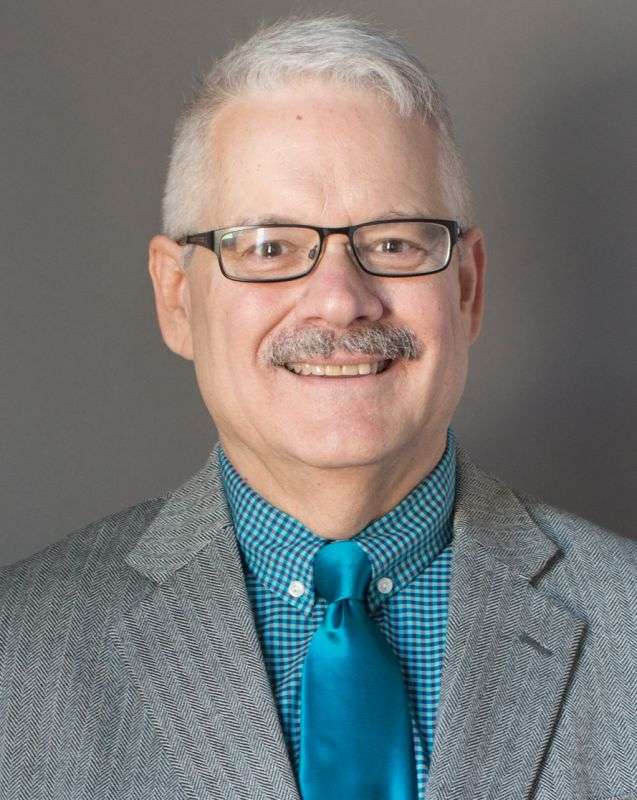 David was born June 14,1954 in Chattanooga Tennessee and graduated from Chattanooga McCallie High School with Honors. He was elected and earned Kum Laude and T.E.P.S honors in 1972. David went to Furman University in 1972-1973 and then the University of Tennessee.

David began work at JCPenney in 1973 while going to night school at UT as a Stock Room person. He moved into Visual Merchandising with JCPenney in 1975 and was promoted at the Knoxville store as Visual Manger in 1978. He then Transferred to Raleigh N.C. Combine as Visual Manager and Advertising Combine Manager for 6 stores in 1983. In 1988 he was transferred to JCPenney Corporate Office in Plano Texas, where remained until 2011. After 38 years of Management positions in Store Environment and Marketing, David retired in 2011 after 38 years of service.

Awards during career and personal achievements through Volunteering: 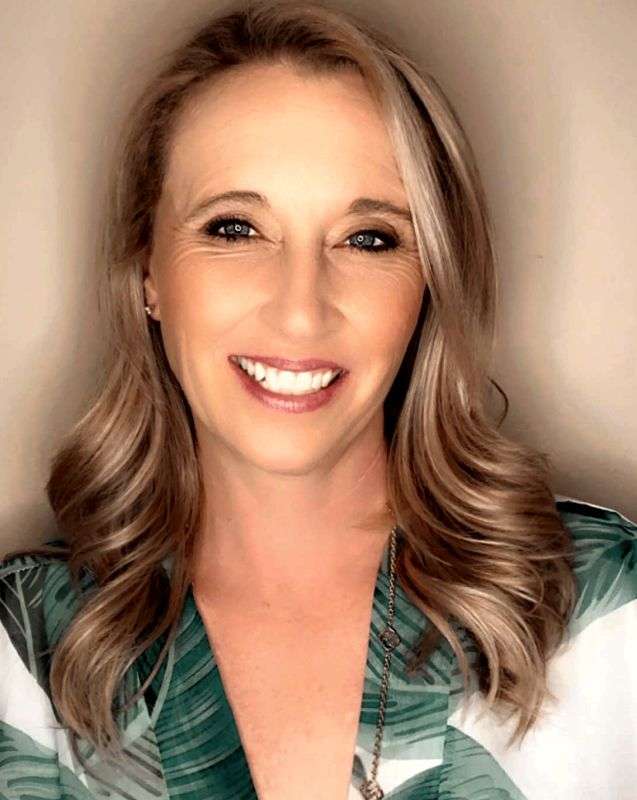 Kristi Wilson works as a National Accounts Manager for Andrews Distributing and longtime LGBTQ community advocate. She’s worked for Andrews for 14 years and since the beginning of her career has served as Andrews’ primary correspondent for Andrews’ partnership with the Dallas Tavern Guild. She regularly attends Dallas Tavern Guild meetings and appreciates the chance to support the LGBTQ community through building relationships and spreading awareness. Her goal as the voice of Andrews within this community has always been to work hard to earn the trust and confidence of those in the LGBTQ community. In addition to her work with Dallas Tavern Guild and supporting bars and organizations, for the last decade Kristi has also worked with Caven Enterprises’ The Holiday Gift Project for Sam Houston Elementary. Kristi and her husband Mike, an active LGBTQ advocate for the last 25 years, have been married for 15 years and have two children, Garrett and Brylee. When asked what the Grand Marshal nomination means to her, Kristi said, “It means so much to even be acknowledged as someone who has made an impact in this community, this is what I have wanted from the beginning.

I hope to continue to work closely with the Dallas Tavern Guild and all the bars and organizations contributing to this community. Pride is not about one Day or one event, it’s supporting everyone all year. I’m blessed to even be nominated for such an honor.” 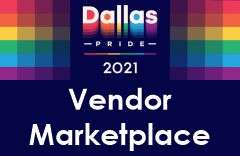 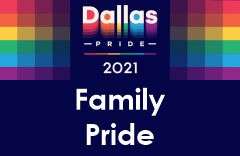 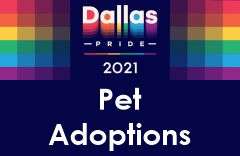 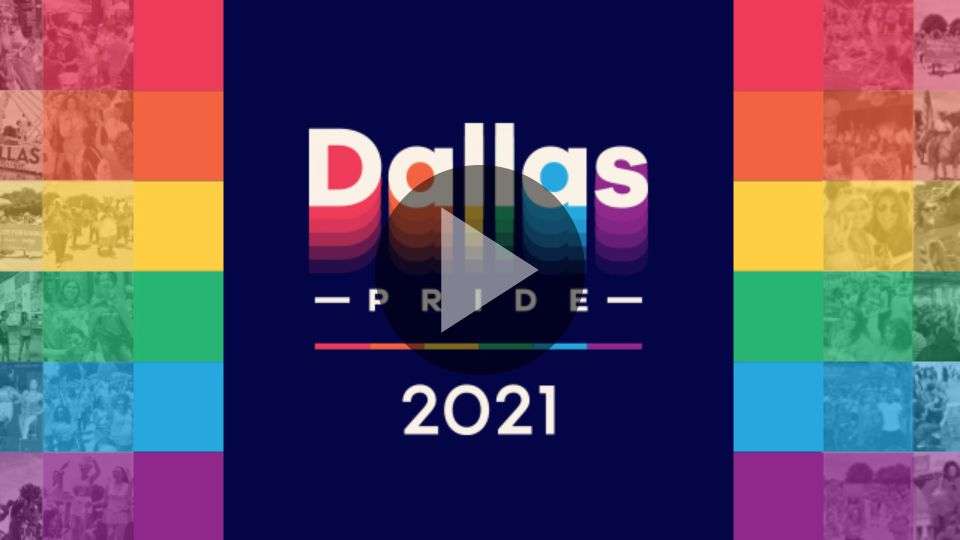